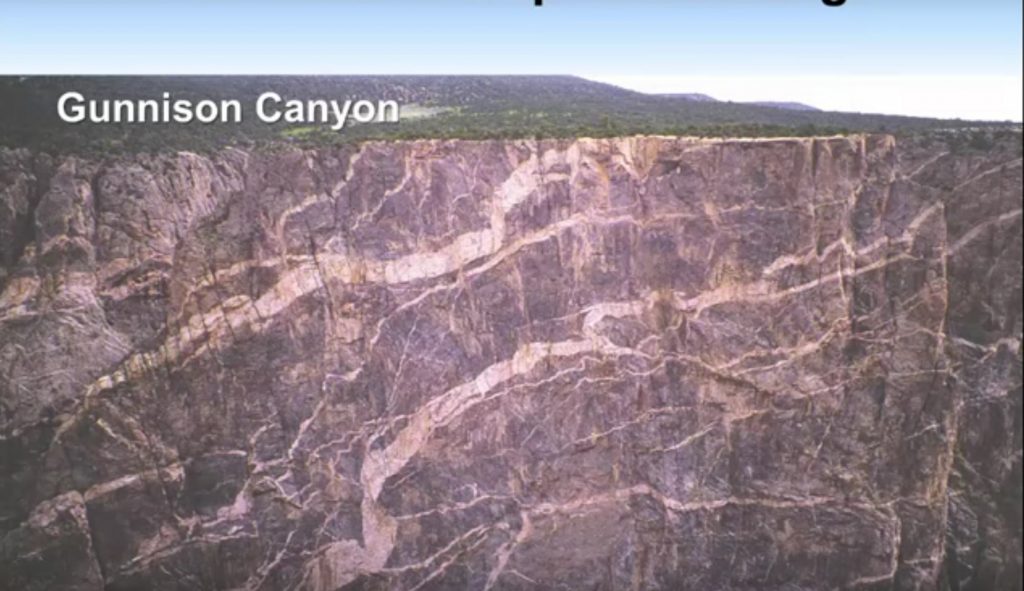 In this lesson, we learn about the sliding of the continental plates at the end of the Flood phase, which we call the Compression Event.  During this event we see massive sliding, cracking, and folding of the plates, plus the melting of the inner earth and the creation of magma near the surface.

NOTE:  This video does include some actual HPT details, not just prerequisite stuff.

ALSO NOTE:  I need to make a correction about crossover depth.  Dr. Brown changed the estimate from 400 miles to 220 miles.  I was using the old 8th edition and wrote down 400.  Please change it to 220.  I will correct the video when I have time.

There isn’t a template page for this video.

There isn’t a template page for this video.

Suggested activities for this lesson:

Activity 5.2:  Do the sliding towel experiment!

You will need a bath towel and a very slippery surface.  Think of some variations of your own, like a two or more towels stacked together,  or a wider area, or an interesting starting condition like a heavy object sitting on the towel.  Perhaps you might even analyze your final result each time and try to see if it matches any place on the globe.

Uluru (also known as Ayer’s Rock) is most likely a liquefaction mound produced during the Compression Event.  Here is a very short video showing what it is like to visit Uluru.  (I don’t support the superstitious beliefs of the natives, but I agree in showing them respect because they were the first to claim possession of the rock, many centuries before the arrival of Europeans.)

SUGGESTED FOLLOW-UP ACTIVITIES for students using this course for credit:

READING:  Read the chapter titled “Liquefaction: The Origin of Strata and Layered Fossils”

You should be able to read and understand everything in this chapter, since we covered most of it in our video lessons.  There will still be some new information, though, such as the list he gives under the heading “Testing the Theories.”

Here what Australian children are told about the formation of Uluru Rock.  Be on the look-out for the Uplift Fairy Wand being waved at the landscape.  Also, do they explain where all the water came from to form the temporary “inland sea”?  Does he explain the holes on the sides of the rock?   Is there any explanation given as to why there aren’t any similar features in this area?  (All that uplift produced only ONE mound? The surrounding area is flat as a pancake!)   How does this explanation compare to the HPT explanation?  Would HPT have a problem with the explanation of its color?

VIDEO:  Another creation scientist talks about the Great Unconformity  (18 min.)

This interview with Dr. Steve Austin (creation geologist) is well worth your time.  Compare and contrast his explanation of the Great Unconformity to the HPT explanation.   You will find many similarities and a few differences.   (Dr. Austin believes in a global Flood of immense power, but he does not think that most of the flood water came from underground.  He thinks that water sloshing about on the surface did all the work of erosion, not powerful jets of SCW coming from below.)   Here are some questions to consider as you watch: