Need help assembling the hat? Here is a video demo: 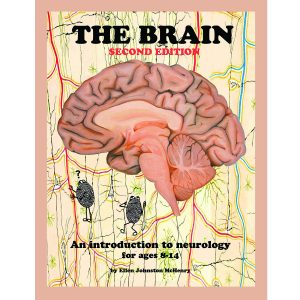 (NOTE: The hats in other languages are only the color version, and do not include the gray pattern.)

You never know where the brain hat will show up!  Someone sent me this picture of Tibetan monks and nuns assembling the brain hat as part of an educational outreach project to refugees in northern India: 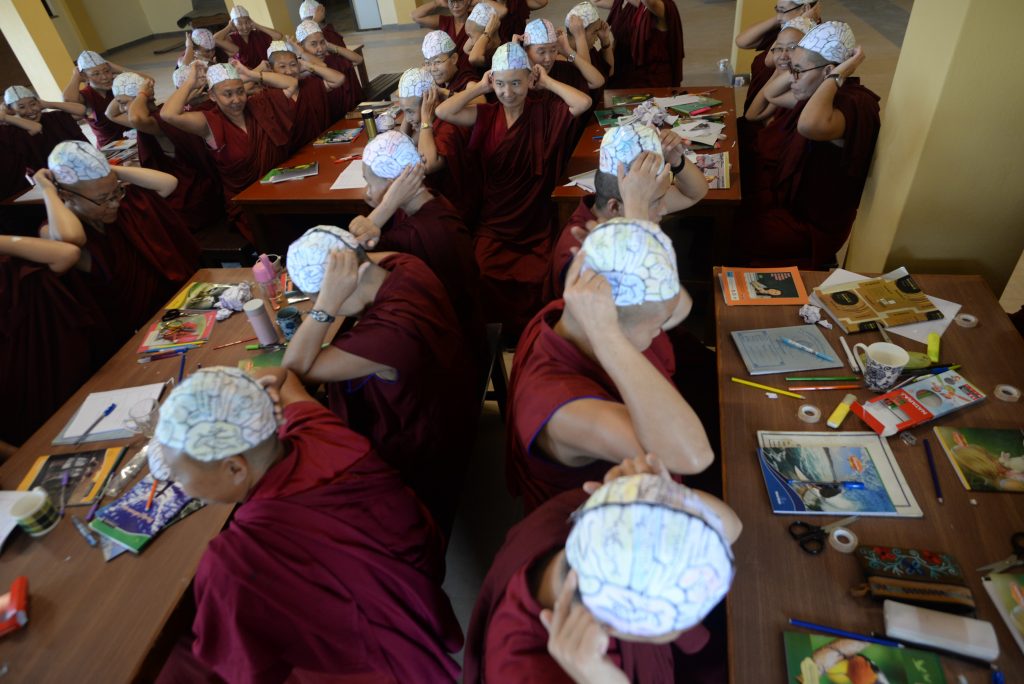