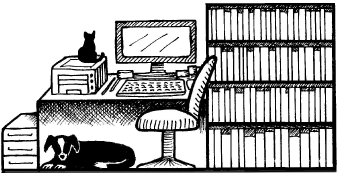 I began my inventing career at age 4, pounding nails into pieces of wood (still one of my favorite activities). As a teenager, I turned my family’s pingpong table into a workshop that produced miniature doll house furniture and Star Wars costumes (and Chewbacca is still in a box in the attic). I filled sketchbooks with drawings taken from Renaissance anatomy texts and enjoyed it so much I thought I’d become a medical illustrator. After leaving high school early so as to avoid taking classes a second time in college (I still have a thing about efficiency), I attended Grove City College for 3 semesters. While at Grove City I met my future husband, Dean, (a physics geek who loves art museums). After a semester at Case Western Reserve (on a wild goose chase after a medical illustration program that didn’t exist), I ended up at Penn State with a major in drawing and painting. a minor in math with a smattering of science, art history and French.

After marriage and graduation, I had my first two children. I gave up on a career in medical illustration and tried to find a way to work from home as a freelance artist. Amongst the clutter of toys I managed to clear off a space on the dining room table and illustrated my first published book, Inside A Freight Train, published by E.P. Dutton. I then did some craft projects for Country Crafts magazine, immediately followed by three coloring books for Dover Publications: Musical Instruments, Musical Instrument Activities, and Little Tropical Fish Coloring Book. (My published books can be found on amazon.com, although the train book is out of print and only available used.)   I also did some illustrations for Saltwater Sportsman magazine.

When my oldest child was in fourth grade, I worked with several other parents to launch an educational project called Solid Foundation Educational Association, offering part-time classes and clubs for homeschooled students. SFEA has served hundreds of students over the past 20 years. As I began teaching science classes for SFEA, I found it difficult to find resources that were really what I wanted and needed in my classroom. So I got out my old college texts, did some review, and started inventing my own stuff. After a few years, I started writing texts to go with the activities I had created, and thus began my unintended career as curricula writer. During this time I also tried my hand at script writing and produced four plays, all of which were performed by our classical theatre program at SFEA, and two of which have now been published in the UK.  It was also during this time that my third and fourth children were born, in addition to having our household zoo grow to include, at one time or another, border collies, Australian shepherds, guinea pigs, rabbits, rats, chinchillas, mice, cockatiels, a snake, a turtle, a parrot, doves, pigeons, ducks, and an assortment of simple invertebrates (the most memorable being the cockroaches and leeches) that came and went with the units we were doing at SFEA.

Currently, I still teach science and art to grades 2-8, I do occasional illustration projects not related to my web business, and I’ve managed to get the zoo down to just a dog, a cat, a gecko, and a pair of doves.  My youngest child is 21, so I am officially an homeschool parent alumnus.  I have two grandchildren who will be starting to homeschool in a few years, so perhaps I will go back to doing materials for younger folks again for a while.  My web business has grown substantially since I started and I now see up to 15,000 visitors to my site every month.

But I still pound nails into wood. My current wood projects are mostly hands-on science exhibits that I use during the summer for a traveling hands-on science museum. (My garage is very, very full.)  My life’s dream is to be the curator and inventing mind behind a permanent, year-round educational center called Dominion Science Center, based in Central PA.

My sister Ruth co-wrote one of our books, Excavating English. She’s the language/poetry fan. She studies a number of foreign languages, writes poetry, and blogs about history at www.ruthjohnston.com/AllThingsMedieval. She’s the author of two books with Greenwood Press: A Companion to Beowulf, and All Things Medieval. Additionally, she wrote a book on personality, Re-Modeling the Mind: Personality in Balance. In 2019, the Basement Workshop will also list a new book by Ruth, Speak Like Rain: An Introduction to Poetry.

Here is a video of some of my traveling exhibits.

Inside A Freight Train published in 1993 by Cobblehill Books, a division of E.P. Dutton (now Penguin Books). ISBN 0-525-65099-7 Now out of print. Used copies are available through amazon.com.